Cross-fire over out-sourcing too shallow 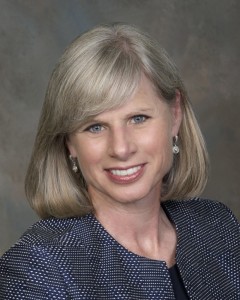 Isn’t it strange when a pro-business Republican governor finds it advantageous to bash an entrepreneurial company with 1000 jobs in Wisconsin to put the hurt on his opponent? It is equally strange to hear his Democratic opponent, a former international business executive, push back by saying he gave subsidies to Wisconsin companies that also out-sourced jobs to other countries.

Gov. Scott Walker ran an ad knocking Mary Burke for her association with Trek Bicycles, one of the state’s great entrepreneurial success stories. Trek has 1000 jobs here and about 800 in other countries. It uses contract manufacturers in China. Burke ran a response ad also critical of off-shoring.

In their world, I guess all jobs would stay in the U.S., and we would export freely to other countries. But it just doesn’t work that way. So, it’s time to rise above political cross-fire for some straight talk about doing production in China or elsewhere.

First, companies have to be competitive, and that means competitive in a global world. I watched two companies in West Bend go under in the face of overseas pressure, and a couple thousand jobs were lost in the community. Had those companies moved faster to source at least part of their production in low cost countries, at least some of the jobs would still be here. Critics of off-shoring think staying competitive is easy; it isn’t.

Second, the United States is poised as well as any advanced economy to play in the global game. It would be silly to try to build a moat around Fortress America. The global economy is more than $70 trillion in goods and services, and $26 trillion, 36% of that total, is global trade. Our economy is only $14 trillion. We want our great companies to set up shop in other countries. We want them to sell there, either through exports from the U.S. or local production or services there. It’s better to have a share of the big pie than try to pretend that we can have an isolationist existence. GE, for example, does 65% of its sales outside the U.S., much to the benefit of its operations in the M7 region. The McKinsey Global Institute estimates global trade will be $85 trillion by 2025. Do we want to be in the big leagues or play Triple A baseball?

Third, we can’t have it both ways. If Burke and Walker want to put a freeze on production elsewhere, it is logical that they should not be in favor of foreign companies producing here. In truth, though, they both welcome foreign direct investment in Wisconsin. Think of great employers here with overseas owners: ABB, Kerry Foods, Kikkoman, Gehl , BMO Harris, Bombardier, and on and on.
Fourth, there is a moral dimension to this dialogue. Global trade has lifted billions of people out of poverty around the world. That’s a good thing. The right-wing jingoists may criticize Trek and others for paying $2 an hour in China, but it is the prevailing wage there, and millions of people are flooding from the rural areas to the cities to take those jobs. It’s a huge step up for them. Further, wages are rising there at 15% per year. The growing middle class in emerging economics represent a huge market for American goods and series.

Fifth, American companies are figuring out how to be competitive with low cost countries, at least for higher end products. They are streamlining, adopting lean disciplines and automating. If labor is only 5% of a product cost, then it’s almost moot if $2 is the wage rate versus $20 here. Further, rising wages and transportation costs are leveling the playing field, so jobs are coming back to these shores. Even Wal-Mart is hedging its bets by developing U.S. suppliers for a few products. These flows go in cycles as cost dynamics change.

Sixth, Dick Burke, Mary’s father, should go down as one of Wisconsin’s heroes. He was a great entrepreneur, and entrepreneurs like him create most of the jobs in America. Virtually all our great employers started here. His company and his family don’t deserve cheap political shots. They deserve some latitude on how they run their companies, especially if most of their action is here. By the way, starting companies isn’t easy either.

Seventh, the best defense is a good offense. Here’s how Caterpillar CEO Doug Oberhelman put it recently: “We’re going into China with the philosophy that we want to be a leader there. We want to meet the Chinese in their own backyard, so when they come out of China to attack us in the U.S., which they’re starting to do today, we know who they are and we know how to combat them.” Business is not for weak at heart or those nostalgic for yesteryear or the status quo

In short, we have to be a player in many ways in the new global economy. Going backwards is not an option.

Let’s demand that the campaign for governor moves to a higher plane.