It is a mixed blessing that Wisconsin’s politicians and journalists are making job creation the number one issue in the race for the governorship. 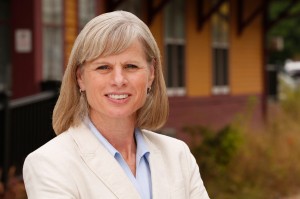 Gov. Scott Walker and former Commerce Secretary Mary Burke, his Democratic challenger, have been trading criticisms of the other’s track records on new jobs. It comes off as bickering. They mostly frame statistics to make themselves look good and their opponent look bad. It is a short-term numbers quarrel.

The underlying reality, though, is that Wisconsin’s economy, as measured by GDP share, has been slipping in comparison to the national average for four decades or more. It has been a slide since the Wall Street Journal hailed Wisconsin as Star of the Snowbelt in 1977.

The point is that the tit-for-tat numbers argument about which administration lagged the nation more or less is pretty shallow. Job creation is a long-term proposition that requires a long-term commitment. It requires organizing concepts, smart strategies and stubborn execution. It has to be viewed as evolutionary, involving more than one administration. It should be largely bipartisan, like support for education. 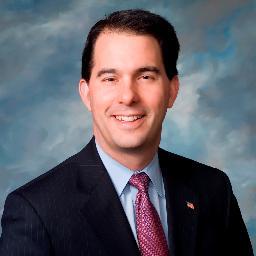 Gov. Walker has some abiding concepts that he thinks work to boost Wisconsin prosperity over time. Those include fiscal prudence and budget balancing at the state level; tax cuts, even though his have been small ones; and regulatory reform. That was his MO when he was county executive, and it still is. His new Wisconsin

Economic Development Corporation, a public-private effort, got off to a rocky start but is proving to be very responsive.

Burke has drafted a comprehensive job creation document and stresses entrepreneurship, the source of most net new jobs in the state and country. She grew up watching her father grow Trek from nothing to a global bicycle manufacturer. She launched a startup of her own early on.
Still, the state has lagged on business dynamism – measured by business births vs. deaths and healthy churn in labor markets – under Democrats and Republicans.

I see the jobs debate, centered on Walker’s 2010 pledge to create 250,000 jobs, as a mixed blessing because the issue deserves more serious thought and action. Other states and countries are gearing up programs that are called “technology based economic development.”

The best and longest running scorecard for state innovation and technology strategy is the “State New Economy Index’ now published by the Information and Technology and Innovation Foundation (ITIF). Wisconsin ranked 37th in 2002 and moved up to 30th among the 50 states in 2014. There’s some progress there, but Minnesota and Colorado prove that states in the central U.S. can do much better.

The Index is based on 25 different metrics, and Wisconsin ranks low or in the middle of the pack on most of them. We are in the bottom 15 for entrepreneurial activity, number of fast growing firms, export focus, immigration of knowledge workers and foreign direct investment. We break into the top 15 for two IT metrics, prevalence of health care IT and reach of broadband communications.

Other than a few hip shots, the pundits aren’t of much help either as they comment on the governor’s race (include this column if you like.). One said the 250,000 goal for Walker’s first term was “implausible,” even though a lackluster 2.1% rate of job growth, the national average over the last four years, would have gotten the job done. We’re running at an anemic 1.2%.

Another called for more public spending, a formula somewhat discredited by the massive spending at the federal level and the weak recovery from the Great Recession.

In short, there are slap-shot ideas on economic development all over the political map. The most coherent strategies are emerging at the regional level in Wisconsin. Collaborative regional councils, made up of leaders from government, business, non-profit agencies and education, are hammering out organizing concepts that have a chance to work. Further, they have the boots on the ground to execute the strategies.

In general, the regions are using two concepts: support for winning industries (clusters) and New Economy innovation. Take Milwaukee 7 as an example: It is focusing on its driver export industries (clusters), such as advanced manufacturing, automation and controls, food and beverage, financial services (under-supported and under-appreciated in Wisconsin) and medical devices.

M7 is also promoting emerging clusters like fresh water technologies and energy storage.
Beyond that, M7 leaders are pushing the New Economy boundaries by seeking more dollars for research and development (now at more than $300 million in the region), for co-location of intellectual assets at places like the new Innovation Campus for UW – Milwaukee and for more high-growth startup companies.

Critics of M7 would say its strategies haven’t worked since it launched in 2005, and they have a point, because Milwaukee’s glacial job growth is still dragging down the state average. Supporters would say you can’t turn a battle ship on a dime; give the M7 strategy time.
Here’s how ITIF described economic advancement in its 2014 report:

“In essence, the evolutionary (economic) environment went from one where the United States was dominant in generating new industries to replace the ones that were moving first to low-wage regions in the U.S. and then to low wage nations, to one where the competition for leading-edge evolutionary ‘replacement species” became much stiffer. As a result, it s has become more challenging for America to develop new industries, products and services to replace the more mature ones lost at a more rapid pace to low-cost nations.”

ITIF would apply the same logic to states. It then shows a high correlation to high state scores on its Index and their growth in GDP.

Wisconsin has seen the success, and the pain, of New Economy dynamics. Health care technology has moved from industrial x-rays at Allis Chalmers to the most advanced medical devices at GE Healthcare, to information systems at Epic Systems and GE.
The transformation, which took place over decades, is reflected in Wisconsin’s top ten ranking for Health Care IT in the Index.
If you accept cluster theory and New Economy strategies, wouldn’t it be great to hear Walker and Burke say they would, if elected, create a Center on the Wisconsin Economy to analyze and track New Economy and cluster metrics and a Council of Wisconsin Economic Advisers to steer the good ship Wisconsin to clear air. (We can’t even get current, accurate jobs numbers.)

No governor has done that.