Packers brass could have offered Rodgers a seat at the table

There is a cynical quip in business and financial matters that goes: “When they say it’s not about the money; it’s about the money.” That, however, doesn’t appear to be entirely the case in Green Bay in the deep-running rift between Aaron Rogers and top brass for the Green Bay Packers. 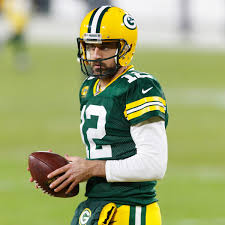 Rodgers has made very few comments about his passive aggressive battle with the team that drafted him, nurtured him, and provided a platform for his growth into one of the all-time great quarterbacks. He has leaked a few comments about the culture of the Packers. Translation: In his mind, he didn’t get enough respect as a three-time MVP.

His posture, of course, stands in stark contrast to the humility of Giannis Antetokounmpo who has an equivalent level of MVP stardom. Giannis trashes nobody. He spreads the credit for the success he has had and that of the Bucks. He lives the simple philosophy of paying back those who brought him to the party.

As a management guy, I keep pondering what the Packers might have done differently to keep Rodgers satisfied with his role. It’s not all about the money. He reportedly was offered a two-year extension of his contract that would take him to as much as $40 million per year over five years. (That is more money than my company and its 500 co-workers make in a year collectively.)

Clearly, Rodgers is looking for a higher level of across-the-board regard and leverage over personnel decisions. His demand to rehire Randall Cobb says so.

Smart companies these days engage all their key players in a continuing dialogue about the future success of their organizations. The Green Bay Packers have always been led by the good old boys club, mainly from the Green Bay area. There have been a few women on the board and a few leaders from other parts of Wisconsin. But, it’s still largely the good old boys from northeast Wisconsin who run the show. (Disclosure: My dad and brother-in-law were members of the “club” and strong organizational leaders.)

That home-town leadership has done an historically excellent job of keeping the smallest franchise in the league alive and well in the face of competition from less astute billionaires.

They have created a unique stock ownership in a non-profit corporation, the only such large entity in the country. Believe it or not, the Packers have more than 350,000 shareholders who get absolutely no financial gain from the company’s success. True to its non-profit status, the Packer board leads the league with an increasingly generous foundation to help other non-profit organizations across the state with their missions.

The Packers, under the board’s direction, are truly unique. It’s hard to fault them for any reason. Does Rodgers appreciate the special nature and privilege of playing for such an organization?

But the top-down management style of president Mark Murphy and general manager Brian Gutekunst have come up short in the handling of their aging prima donna quarterback. Would Aaron Rodgers be leaving if they had pulled him into strategic personnel decisions on the future make-up of the team? Instead of drafting a quarterback in 2019, Rodgers probably would have preferred using their first round draft pick to draft a high-level wide receiver to replace Jordy Nelson and Randall Cobb to be lined up with all-pro Davante Adams. That said, Rodgers is smart enough to know that there comes a time when aging athletes have to head for the sidelines.

Murphy and Gutekunst could have listened to Rodgers before making the Jordan Love decision. It would be unprecedented for the front office to listen to a player on personnel decisions, but precedent has to give way to new realities of the day. Star quarterbacks make or break a team, and for now Rodgers carries the franchise on his arm.

The point here is that smart executive teams develop a dialogue about strategic decisions with their key people, regardless of title, which brings forth different points of view. A diversity of ideas always results in better ultimate decisions.

Hard decisions can’t be ducked, but some strategic decisions are way better than others. Rodgers isn’t the first prima donna that CEOs have had to retain for success. For instance, great salesmen are worth gold in any company. They have to be convinced to stay for the long term. They want to get paid good money, for sure. But they also want the respect they deserve.

Respectful, inclusive, up-front, proactive dialogue works far better than last minute plane rides to offer apologies and an extended contract. The Murphy-Gutekunst Hail Mary play may have bought another grudging year with Rogers at QB. But he won’t be a truly happy camper.

The soap opera will continue at the end of this season.