Hagedorn: Wisconsin person of the year

If there were a Wisconsin “Person of the Year,” award, it would have to go to Wisconsin Supreme Court justice Brian Hagedorn.

He is relatively new on the court, elected to a full 10-year term in 2019. Having served as chief legal counsel for Gov. Scott Walker, political observers and the voters thought they knew what they were getting: an arch conservative who would follow the Republican Party line.

That has been the pattern for the GOP majority on the court for some time. The majority votes on any number of controversial political issues were predictable; its decisions were consistent to the positions of Republican leaders in the legislature and Republican governor.

Then along comes Hagedorn. 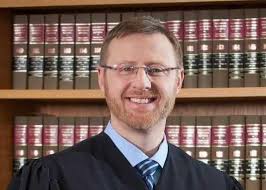 He emerged as an independent justice on a series of decisions in recent months that stopped a conservative effort to purge people from Wisconsin voter rolls. That effort came out of the Trump campaign to eliminate legitimate Democratic votes for Joe Biden.

As a candidate, Hagedorn said that when he became a justice, he would follow the law, not politics. The law in his view prohibited the trashing of thousands of Wisconsin ballots.

He told the New York Times recently, “When I ran, I was pretty consistent that I believed deeply that law and politics are not the same thing. Most of us probably have some hope that of our preferred candidate or our preferred policies, that the law runs in the same direction, but that isn’t always the case.”

Hagedorn caught flak from his fellow justices, including fellow conservatives, and from Trump partisans in the Republican Party. He never flinched.

The Supreme Court of Wisconsin is supposed to be non-partisan. In the last several decades, it has been anything but. The Democratic and Republican parties weigh in heavily in support of candidates whose views reflect the views of their parties. The non-partisan elections to the high court have become hyper-partisan in a hyper-partisan world.

It took a lot of character and backbone to go against the grain on recent decisions to not take up the case to throw out thousands of Wisconsin ballots.

The case was made by Trump advocates that “irregularities” have been used to vote against the president. But the number of “irregularities” was miniscule as proved by the extremely low number of corrected ballots in the recounts in Milwaukee and Dane Counties.

All the justices should have done the simple analysis after the recounts to conclude that the Wisconsin election was beautifully managed. It was a clean election by any relative term.

If some drunk in the bar makes an outrageous claim, the courts don’t have to take up the overblown case. The justices can decide which cases to take up and which not to.

Almost every Trump induced objection to elections processes across the country, including Wisconsin, have been thrown out for lack of evidence. More than 50 complaints were turned down.

Hagedorn must have used his common sense to reject the unfounded allegations against the election process. I’ve used the term “chicken shit” – an old Marine term – to describe the attempts to undermine the voting process in Wisconsin.

Bless the poll workers and managers who performed exceptionally well in a highly charged political climate.

And bless Justice Hagedorn for following the law and using his common sense to tune out the purely politically motivated challenges to Biden’s victory.

It is reassuring that by a slim margin on the court Wisconsin followed the law rather than irrational, political motivations.

Instead of vile threats and heavy right-wing criticism, Justice Hagedorn deserves high praise for his independent and objective view of the law.