Partisan gridlock in the cards for Wisconsin

Before and right after the election of Tony Evers as governor, there was some happy talk about the possibility of bipartisan advances in state policy. More and more, it looks like that is not going to happen. More and more, it is looking like we have at least two years of gridlock ahead. 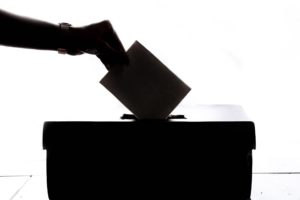 The early impasse over the state budget tells the story. Evers’ forthcoming budget sticks to his campaign themes, as perhaps it should. Republican legislative leaders, Speaker Robin Vos and Senate majority leader Scott Fitzgerald, have stuck to their guns in opposition to the central themes that the governor has been pushing, like the expansion of Medicaid with federal dollars.

The Republicans demonstrated their stiff backs with the pre-inauguration laws to limit some of the governor’s broad powers.

Both sides can claim that the voters are behind them, especially since Evers won by less than a percentage point.

So far, there has been almost no sign of the compromise talk that was bandied about last fall. Both sides are taking partisan positions that they think will carry the day at the next elections in 2020.

One likely result will be that the state budget will be hung up far past its deadline for passage of June 30. After lots of political wrangling, it probably won’t pass until fall.

That delay won’t have the negative effects of the recent federal government shutdown, because state government keeps running on cruise control via the previous budget. But the uncertainty about the next budget will clog the wheels of state government.

If there is a delay, school districts, for example, won’t know what their revenues will be as they try to plan for opening school doors in late August.

Another area of gridlock that is shaping up is the state’s business climate. Gov. Evers asserted in post-election statements that he is not anti-business. But, as the political smoke clears, it is becoming evident that he is more pro-regulation than pro-growth.

Pro-growth Democrats are hard to find these days as the party tilts toward avowed socialists like Sen. Bernie Sanders. He loves freebies and lots of taxes. His Medicare–All will require a 40% payroll tax. For that wing of the Democratic Party, business is more like a Guernsey to be milked and controlled than the Golden Goose that lays all the economic eggs.

The governor wants to remove the state income tax exemptions for manufacturing and agri-business, and he clearly is aiming to rein in the pro-business, public-private Wisconsin Economic Development Corporation (WEDC). Evers is targeting WEDC’s business subsidies.
Sound arguments can be made against subsidies for recruiting, such as that it is a zero-sum game with other states.

But do you, Gov. Evers, want to run a purist operation that is not trying to lure out-of-state businesses. Or that is using subsidies to retain companies?

The governor is homing in on WEDC ‘s role in FoxConn deal, which is getting easier to do as it starts to look shaky. But is it not fair to ask the governor – and the press – to look at the overall track record of WEDC on job creation? There are many more wins than losses.

Evers’ earlier position that a government agency can do a better job than a public-private collaboration on job creation is highly suspect. It’s important to get it right, because Wisconsin still lags two-thirds of the states on economic growth.

If you are a business owner, what to make of all this ambivalence at best on the part of Evers and business friendliness? At a minimum, you are scratching your head. You’re not feeling then love.

The Republican legislature will work to hold off new rounds of business regulation from the executive branch, so there will be another arena of gridlock on that front. The trick, of course, is to find the balance between needed regulation and over-kill. But balance is hard without compromise, and that’s been the missing element in the last two months.

Gov. Evers removed former Gov. Walker’s border signs proclaiming Wisconsin “open for business.” He turned them into detour signs. He couldn’t have meant that as a symbolic message to businesses to detour around the state, could he?