For decades, self-ensured employers have been fighting — mainly by themselves — to put the brakes on out-of-control health costs. But finally, believe it or not, help is on the way from the federal government.

A new federal law requires hospitals to make public the actual prices they charge for all medical procedures. That is exposing the chaos in prices in the non-marketplace for care.

Despite the new federal law, its transparent pricing is still too complex and inaccessible to do the average consumer any good. But organizations like the Rand Corporation, a research powerhouse, have led the charge to use the transparency mandate to shine a bright light on health care prices and thereby put pressure on the Medical Industrial Complex (MIC) to contain the health cost hyper-inflation.

For example, we now know that Wisconsin has the fourth highest hospital prices in the country when compared against Medicare as the baseline.

We now know that largely consolidated Wisconsin hospitals charge private companies more than three times what they charge Medicare for the same procedures.

We now know that the variation among states is hard to fathom, with South Carolina the most costly at about 330% of Medicare pricing and Hawaii the lowest at about 150%.

These revelations about the MIC are having an impact. In Indiana, seventh highest, a powerful employers group is using the Rand analysis to push insurers and providers to get to the national average of 224% of Medicare rates.

Indiana businesses convinced legislators to instruct hospitals and insurers, who are joined at the hip, to submit plans to lower their prices to the national average by Jan. 1, 2025. 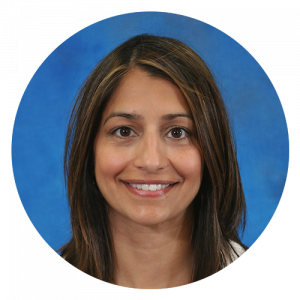 Gloria Sachdev, CEO of the Employer Forum of Indiana, reported at the spring symposium in Madison of The Alliance, a self-insured employer cooperative, that two health systems out of eight have seen the light. Indiana University Health has committed to meeting the US average by May 1, 2025. Parkview Health has committed to reducing prices by 22% by the same date.

Meanwhile, at the ground level, self-insured companies in Wisconsin are doing their part to put a damper on hyper-inflation by deploying best practices for cost and quality control.

They are highly motivated, because, in the end, private employers and their employees pick up the whole tab for health care in America, either directly by covering their own people or indirectly through their taxes that pay for public care like Medicare and Medicaid.

Their ground-up efforts, along with the top-down pressure on costs through transparency, offer some reason for optimism on the worst economic problem facing the country.

My company, Serigraph Inc., serves as a case study for best practices in consumer-driven health care. It was 18 years ago that we realized that we needed a partnership with our co-workers to do something innovative to fight the inflation trend that was endangering the financial health of our company and the prosperity of our co-worker’s families. We simply couldn’t stand the double-digit price increases back then. We plagiarized from other business payers and adopted their programs. Our numbers, similar to those of other pro-active employers, speak for themselves.

I did a look-back over the last 18 years on what our company and its people were paying for care. In 2003 our health costs totaled about $8000 per employee, compared to a national average of $9000.

Here are some of the tools that pro-active employers have used to bend the curve on health care inflation in their own companies and collectively across the country:

These are just a selection of the many innovative and guerilla warfare tactics that make up a best-practice strategy. All good, but companies are still at the mercy of hyper- inflation in the MIC, which has little incentive to lower its prices.

Reform of the nation’s health care economic jungle must come from the top and the bottom. Wisconsin businesses need to push best-practices at the ground level and rally to use the Rand analysis to mount a push-back on the soaring prices at the MIC level.

Sachdev is worried that Americans are curtailing needed treatments because they can’t afford them. “It’s a runaway train,” she said. “No one can afford it. We are on an unsustainable track.”

Her Indiana Forum has a long list of legislative objectives that curb the worst of the MIC abuses. Wisconsin needs to clone Sachdev to help launch an aggressive anti-inflation campaign in our state.