Bangalore booming; rather be here

BANGALORE – Any time you’re getting that feeling the life in Wisconsin isn’t working out just like you’d like it, a visit to places like metro Bangalore in India gives perspective.

This cursory report is based on four days of impressions during a business trip last week and two previous trips. I did have the inside track on what’s going on in India from candid conversations with smart business friends.

In four days of meetings around this booming city, we must have survived more than 500 near hits in log jams of scooters, three-wheeled taxis, trucks, buses, small cars and cows (no bikes; who would dare?). The human and vehicle congestion and density are over-whelming.

I gained renewed appreciation of just how nice it is to live in the heart of Wisconsin’s glaciated Kettle Moraine, with its open spaces, quiet and beauty. 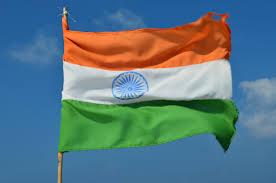 The weather in Bangalore is not the issue, as it is in other sweltering parts of India. Temperatures at 3,000 feet were in the 70s, and a constant, soft breeze kept us comfortable.

The city teems with people – 8.5 million in the metro area about the size of metro Milwaukee at 1.6 million. That’s a density five times higher.

Sidewalks are rare, so people walk the crowded streets with the skills of matadors. Our taxi driver would head right toward certain collisions with pedestrians or vehicles then veer off at the last instant, missing by inches on narrow two-lane streets. We agreed that our wives, who are not in love with our driving (sound familiar?), would have had multiple heart attacks. You have no choice but to buckle up and adopt fatalistic neutrality. Somehow it works, as we never saw an accident. Maybe the constant blaring of horns does the trick.

Twenty-five miles of ring road have somewhat relieved these tangled streets, but, in a still poor country of 1.25 billion people, it’s hard to think the bumper-to-bumper congestion will ever ease. So, Indians, sometimes with a family of four on a scooter, become immune and accepting. I saw not one instant of road rage.

Unlike China, where population growth has slowed, India is still mushrooming. India will match China with 1.45 billion people in 2028.

The Indian economy is growing rapidly, 6-8% per year, led by speculator startup companies like InfoSys and Tata. Unemployment is low at 3%, but factory wages are about $1 per hour.

Because of the wage differential, there is a stark contrast between factories here and there. A Bangalore plant is labor intensive – people everywhere doing manual operations. In the states, factories are capital intensive, with automated machines that work to lower labor costs and overcome the wage differential. Here, skilled operators, at 20 times the pay, run our local plants.

The educated tier of the Indian population is exceedingly sharp, fully able to compete anywhere in the world. The top 10% is still 125 million smart people, about half of the adult population in the U. S. They speak their own brand of English, making it hard to follow at times. But its fluency in English as a nation puts it in good stead in a business world that where English is the nuniversal language.

Most Indian business people I dealt with remain optimistic about improved prospects under new Prime Minister Narendra Modi, a can-do former governor who has been in office about a year. He is pro-growth all the way.

But some of my friends there remain very frustrated at its slow progress on rooting out the endemic corruption that undermines economic gains. They long for infrastructure improvements, like subways or more freeways, to make life less stressful.

Many send their sons and daughters to the U. S. or other Western countries for college, and some never return to face the sea of poverty and the resulting stress on life. Sometimes the parents follow their kids and grand kids. We are lucky to get a good percentage of the talents of India’s best and brightest, but it is a loss to India.

The people of India are generally mild-mannered, quick witted and love jokes in the middle of serious business negotiations. The pace of business is much slower than the states; meetings on routine subjects can last more than three hours. I like our snappy pace much better, but I’m Type A. When in Bangalore, do as they do in Bangalore.

One stark contrast that leapt to my attention was health care. Modi has been catching flak for the poor state of care in Gujarat, where he served for ten years as governor. Under-nourishment has stunted the growth of infants in large numbers, and non-profit organizations were raising Cain, rightfully so.

We complain of spending 18% of our Gross National Product (GDP) on our better but under-managed health care system. India spends only 4% of GDP, but pays a terrible price for its under investment in health.
Here, CEOs have figured out that the good health of their workforce can be a strategic advantage, or vice versa. That hasn’t happened in India; we saw very few fit people.

The same contrast can be drawn in the environmental area. My home town West Bend has uniformly tidy neighborhoods and breathable air. In Bangalore, garbage is everywhere, and the cows are turned loose during the day in an urban “open range” to feast on the refuse in the streets.

The air quality is not as bad as in China’s cities, but it isn’t good. Thanks go to the political parties here for the collaboration on the Clean Air and Clean Water Acts.

Well, you get the overall message. We live in a wonderful place. It took a lot of investment, leadership and effort by individual Americans to get to where we are. We need to invest time, resources, taxes and personal effort to keep it that way – and to improve.