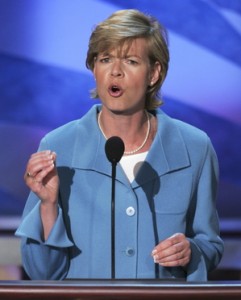 The Tammy-Tommy show in Wisconsin for the right to be the “51st U.S. senator” promises to be as defining as the Obama-Biden vs. Romney-Ryan run for the presidency. Both will be hard core fights about the ways and means of paying for different levels of federal government.

The main debate should be about reinventing the American economy in the aftermath of the economic tsunami of the last decade and in the face of unsettling volatility in an ever more global economy. It should be about job creation. But it won’t be. It will be all about the federal deficit that is running perennially at more than $1 trillion per year and the federal debt that has grown like a Greek Topsy to the size the nation’s GDP.

Forget about the aspirational stuff, the “hope and change” rhetoric on the left and the “land of opportunity” on the right.

Tammy Baldwin, one of the most liberal members of the House, will have to endorse and defend President Obama’s program of economic stimulus through government spending and the mountainous deficits that it requires. The Bush and Obama stimuli shored up the economy when it was in free-fall in 2008 and 2009, but there’s not much evidence to say that is working as a permanent fix.

Whatever, she is stuck with the president’s program. She may even think it’s too little in the way of government spending (Paul Krugman does). She will surely follow the president and call for more taxes from the rich, meaning more spending and more government-driven stimulus. 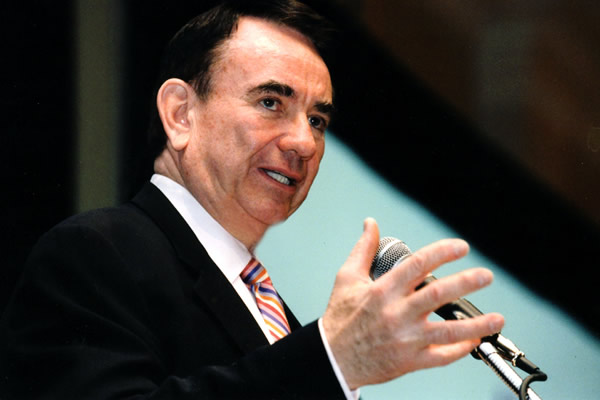 Tommy Thompson, a Wisconsin political leader for more a half century, will be asking Baldwin about that. How much is enough? She will respond, as the president has, that’s it’s more about fairness of the tax system. Her troops will demand Tommy’s tax records to make the point that the rich don’t pay enough.

Such will be the mainstream of their debate. Tommy, however, has a chance to sway the deciding 40% block of independents in his direction. He has been an innovator in government, a rare commodity. He could show humility by absorbing some good ideas from his primary opponents, the few that went beyond orthodox fiscal conservatism.

From Eric Hovde, who nearly pulled off a surprise win overTommy, he could pick up the anger directed at Wall Street and crony capitalists, the near-criminals who wrecked the U.S. economy to get theirs first. The pit bulls on Wall Street, who were supposed to be the stewards of the nation’s financial system, have proved they need a muzzle. Tommy could call for breaking up the mega-banks and re-erecting the wall between commercial and investment banking. He could ask the advice of Hovde, a hedge fund operator who says he’s one and done with politics. That would play well in a state that got slammed by the Great Recession.

From Mark Neumann, he could adopt a hard-nosed skepticism about the wisdom of foreign adventures. In a primary campaign when foreign policy was an after-thought, Neumann asked for a careful cost-benefit analysis in terms of dollars and lives before engaging militarily overseas. He asked for clear objectives and exit plans.

After our misadventures in Vietnam and Iraq, Thompson needs to spell out the conditions he would lay down before going to war. That would include restraint unless we are directly attacked, not fighting two wars at one time, bringing overwhelming force to bear and support from the U.S. citizenry and allies.

From Jeff Fitzgerald, Wisconsin Assembly speaker, Tommy could stake out a tough position on the management of benefits for federal employees and federal entitlements. Agree or not with the substance of Act 10, Fitzgerald showed true grit in curtailing bargaining by public unions over benefits. Agree or not, Wisconsin is financially solvent again.

Like Wisconsin was, the federal government is, by my reckoning, insolvent, and the only way out is to apply innovative management to the bloated, under-managed federal programs. Start by managing the benefits for congressmen. That’s how leaders do things. U.S. Marine officers eat after their troops eat.

Every Republican candidate in the country is calling for the repeal of Obamacare, but few, including Mitt Romney, have articulated a replacement program. Thompson, who headed the agency overseeing Medicare and Medicaid, knows more about health care management that the average elephant. He, with Ryan, could lead the GOP to the high ground, which is market-based reforms that hinge on engaging consumers in health and health costs.

The Tommy-Tammy debate about the U.S. fiscal crisis will be a defining face-off, but it’s not the only issue of concern to the nation. Let’s demand that deal with the big stuff and stay away from the cheap shots that marked the GOP primary.