Coming from the world of manufacturing where “zero defects” or “Six Sigma” is always the ultimate objective, the recent election results in Wisconsin can only be viewed as remarkably reliable.

The two recounts in Milwaukee and Dane County produced only 219 more votes for Joe Biden out of a total of 785,572 cast in the two counties. That’s a defect rate of only 278 parts per million (PPM).

That compares to a general benchmark across all manufacturing of roughly 300 parts per million. That would be OK in some industries and unacceptable in others. Still 300 offers perspective.

At Serigraph, our stamping processes meet the “six sigma” level (3 bad parts per million), so it’s possible to get there. But other processes are not nearly as robust. They have greater levels of variation and therefore higher defect percentages.

The disciplines required to achieve “six sigma” performance were pioneered by Toyota in the 1960s and 1970s. They were so effective at eliminating defects and all forms of waste in making cars that Toyota became the number one automaker in the world. Other car makers simply had to adopt the same disciplines to stay competitive. The Toyota Production Process became legendary. The good news: American auto makers have caught up.

These are the disciplines that have enabled automobiles to run well for more than 200,000 miles. My dishwashing machine is 30 years old and still running like a champ. (That includes the last eight months of COVID restrictions and three meals a day at home. We run the dishwasher every two days without problems.)

Contrasting the American electoral process to world class manufacturing processes leads to only one conclusion; the legions of poll workers and managers in the 50 states do a helluva good job at 278 ppm.

Another conclusion: The recounts are never going to change the results much. Like manufacturing today, the voting process have become robust. The processes of collecting and counting ballots is largely well under control. Further, the management in the 50 states is usually bi-partisan. That alone makes fraud and corruption almost impossible. 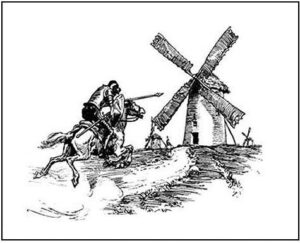 That makes president Trump’s unrelenting efforts to overturn the Toyota-level outcomes that went against him in a number of states a Don Quixote charge of the windmill.

In reality, Trump and his lawyers are insulting voters and poll workers who believe in and worked to ensure the validity of American elections, including the Nov. 4 presidential contest.

Yet, defeated President Trump doggedly refuses to accept the Nov. 4 tallies and the recount of those tallies in several states, including Wisconsin. He is hanging onto the fantasy that somehow he will find a lucky horseshoe that can invalidate the adverse outcome for him.

In Wisconsin, he is even more desperate. He is suing to throw the whole election into the state legislature that is controlled by Republicans.

That is cynical and self-serving to the point of being un-American.

If that would happen, there would be massive resistance to legislative interference with the Nov. 4 outcome. Just the attempt to do so would damage the credibility of the Republican Party for many years to come.

Not to mention that putting the state’s ten electoral votes in the hands of the legislature would trigger protests in Madison that would make the of 2010 battle over public labor law look like minor skirmishes. I would be there.