“What If:” Evers, Michels far apart on issues

Let’s play “what if” either Tony Evers or Tim Michels prevails in the tightly contested race for Wisconsin governor two weeks away. 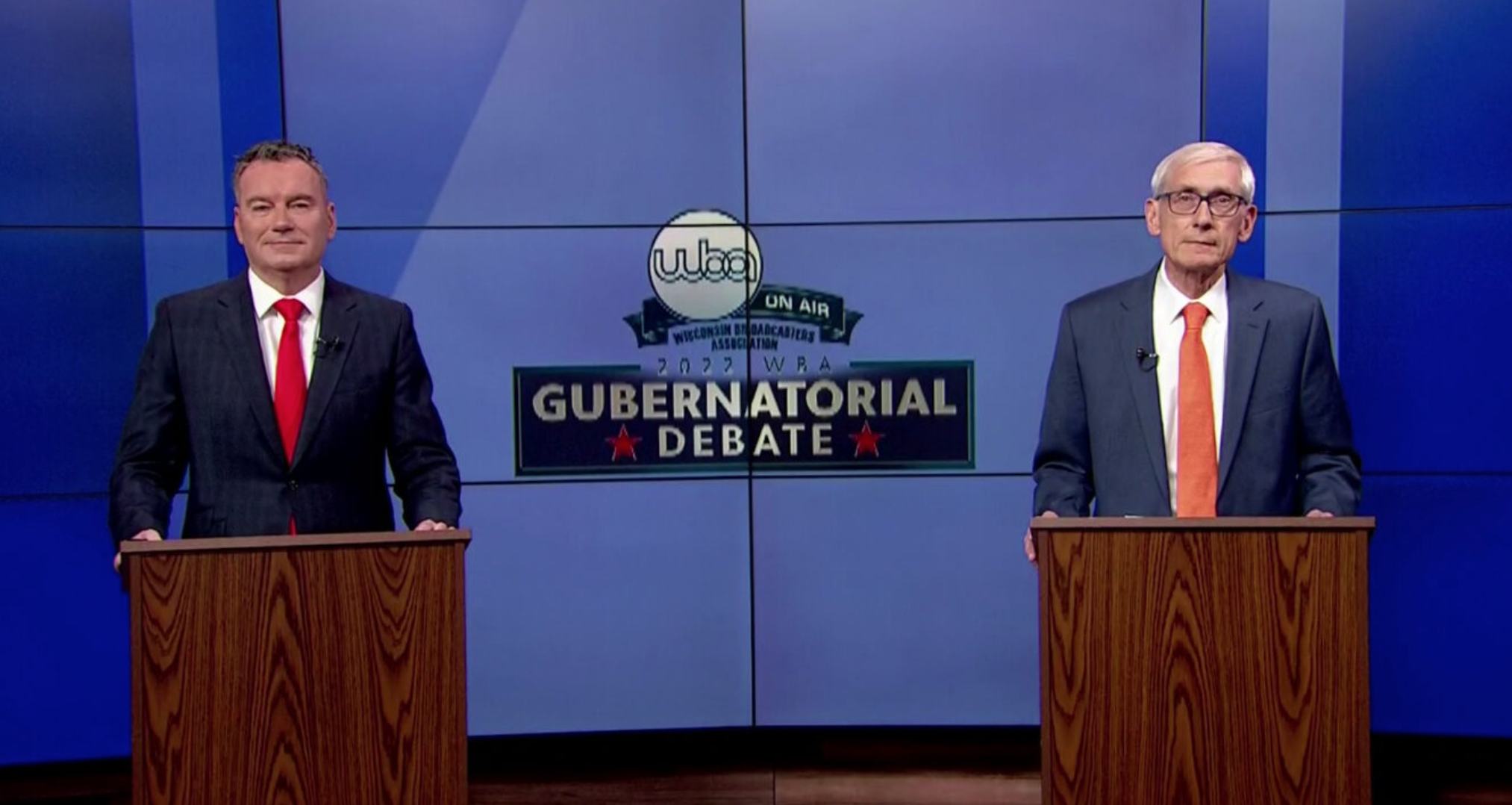 Evers, the incumbent Democrat is running for a second four-year term on his record in his first term. An educator and elected former head of the state Department of Public Instruction, his abiding platform is more tax dollars for public K-12 schools.

Michels, a Republican businessman, is trying for the second time to become a politician. (He lost a run for the U.S. Senate in 2006 against Russ Feingold after beating another businessman, Russ Darrow, in the GOP primary). He is running on a fairly vague platform of conservative intentions. He promises to be bold.

Their personalities are very different. On a positive note, both are highly educated, Evers with a doctorate in education, Michels with two master’s degrees in business and public administration.

Evers comes off as low key, articulate, competent and tough when he has to be. Michels, who helped build a giant family construction business and was an Army Ranger officer, comes off as tough, direct, high-energy, sometimes clumsy in his language and as a jet setter with two high-price residences on the east coast where his company does some business.

So, what if Evers wins re-election? The over-riding reality facing an Evers second term is that both houses of the legislature are likely to remain under Republican leadership. GOP leaders announced in his first term that they would blunt initiatives that would help him win a second term, and they have done that.

In return, Evers has vetoed hundreds of bills put forward by Republicans. They refused his call for special sessions in particular issues and completely disregarded his budget proposals. The last four years were gridlock to the max.

The story if Michels prevails Nov. 8 is a total contrast. There will be a high level of alignment between the new Republican governor and the continuing GOP leadership in the legislature.

Speaker Robin Voss in the Assembly and Senate leader Devin LaMahieu have been around the political game way longer than Michels, so they will have their own takes on public policy going forward. But with the two branches of government complemented by a conservative majority in the third branch, the Wisconsin Supreme Court, the GOP will line up most of the time.

That alignment points to a slew of Republican bills making it to Michels’ desk for his certain signature.

Let’s take our “what if” exercise to some of the major issues facing the state. First off, is how to spend the state’s $5 billion surplus. To everyone’s surprise, the two parties got together in 2020 on a tax cut to the tune of $2 billion.

Evers has just proposed another cut. It’s certain then that the Republicans will come forward with another brand of tax cuts that includes all personal income brackets, including top earners, and a reduction in the state’s relatively high corporate income tax rate of 7.9%. Would Evers sign new cuts into law? It depends on their makeup. Michels almost certainly would.

On the inter-related issue of public school support and vouchers for privates schools, there is a clear difference. A product of public schools, Evers supports big additional dollars for public K-12 education. Michels is flat out for more school choice using vouchers.

What form “universal school choice” would take if Michels were in the governor’s office is anyone’s guess. He has not been clear about it.

On abortion, which is now under control of the state, Evers would push for a state constitutional amendment to enable women to decide whether to terminate a pregnancy in the first trimester, similar to the choice under the 1973 U.S. Supreme Court decision.

Michels has softened his abortion stance from flat-out prohibition to allowing exemptions for rape and incest, but would stand by Wisconsin’s 1849 law that bans abortions completely, except to protect the woman’s life.

Democrats think that abortion rights is a winning issue, and the polls show that a majority of Americans agree. But it is not front and center for most voters. Michels may put it on the back burner.

As governor, Michels would push for more cops on the street, especially in the urban areas like Milwaukee. That would mean sending more tax dollars to Milwaukee, which is a highly Democratic voting district. Evers would probably go along with any new dollars for public safety.

Both sides will wring their hands about inflation that is running about 8% with devastating impacts on households and businesses. Truth be told, however, most of the action on controlling inflation has to be accomplished at the federal level.

There are other major issues facing the state that got very little attention during the campaigns. Michels has come off as indifferent to environmental issues, except for the minimal position of calling for clean drinking water. Evers is ardent about protecting the environment, but his proposals for dealing with climate change and other green initiatives would go almost nowhere in the GOP legislature.

Tighter gun control will also go nowhere under either governor. The GOP legislature is generally in pro-gun and will nullify Evers’ proposal. Michels’ is pro guns of most types.

Soaring health costs are wrecking the budgets of households and businesses, but neither candidate has shown serious interest on that complicated subject. Michels will be aligned with big corporations and that includes big health insurers and big hospital corporations. He will likely settle for the status quo.

Evers and Democratic Attorney General Josh Kaul have had the opportunity to oppose consolidations in the Medical Industrial Complex using state and federal antitrust laws. The consolidations always screw payers with higher prices. He and Kaul have taken a pass, even though several major matchups are pending in Wisconsin.

Another screaming issue that is on neither candidate’s radar screen is declining enrollments in the University of Wisconsin System. It’s flagship, UW-Madison, continues to grow, but about half its student body is from out of state, and it is slipping sharply in most rankings of colleges and universities.

Drops in enrollment at the other 25 campuses and in the Wisconsin Technical College System have risen to the point of near crisis. Higher education is facing changing dynamics in the face of online courses; certificates and degrees; lower numbers of high school graduates; advanced placement credits in high school; high college tuitions and the resulting high student debt; and a robust job market that pulls high school graduates directly into the workforce.

On job creation and economic development, Michels will certainly be “more open for business” than Evers. The state lags the nation in job creation, and its average pay levels are declining compared to other states – now 83.3% of the national average.

The need for quality job creation never goes away, because older companies don’t survive or stay put forever. In truth, Evers is not animated by business needs and issues. Michels would be.

The rhetoric of their campaigns, which got nastier than it needed to be with two qualified men in the race, will fade rapidly as the next governor starts dealing with the magnitude and quantity of the major issues on his desk.

It’s pretty clear that we will get four more years of gridlock if Evers gets a second term. It’s something of a crap shoot on where Michels will direct his attention if elected.

This entry was posted in Elections 2022, Wisconsin Race for Governor 2022. Bookmark the permalink.